The San Diego Electric Railway Association (SDERA) is dedicated to the preservation of the history of the San Diego Electric Railway - San Diego's primary streetcar system which operated from the late 1800s to 1949. SDERA is also the operator of the National City Depot, an historic Santa Fe railroad station. We operate a streetcar and railroad history museum within the depot, and the depot is open Saturday and Sunday from 10 am to 4 pm. An O-Scale model railroad exhibit, operated by our 3-Rail group, is also included in the museum displays. All train buffs, local historians, and people looking for an interesting "day out" in the San Diego area are encouraged to visit the depot, join with us, and help us grow into a major destination within San Diego County.

Unknown to most of the region, National City has its roots in the railroad. Originally constructed by the California Southern Railroad in 1882, this unique building served to bring in new property owners and prosperity to the budding National City. The two-story building is still at the same location alongside the active Santa Fe (now BNSF) train tracks as it was originally.

The San Diego Electric Railway Association operates and maintains the National City Depot Museum focusing on San Diego's rich streetcar and rail history. The building has been lovingly restored and our volunteers work to ensure that it will be around for generations to come.

Come visit the National City Depot and meet some of our collection of Rail History. Each have a connection to San Diego rail history - even if brief - and offer an insight into the evolution of transportation in our region. 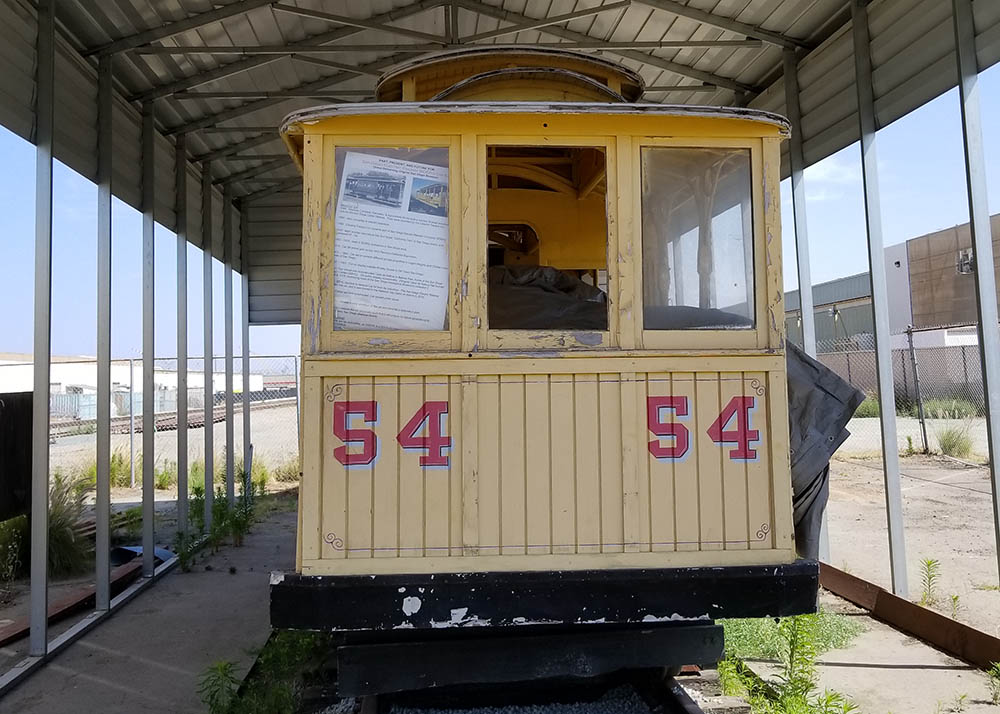 One of our oldest cars, Car 54 has its roots in the Cable Car system that ran in San Diego but also ran with electricity in early SDERy days. 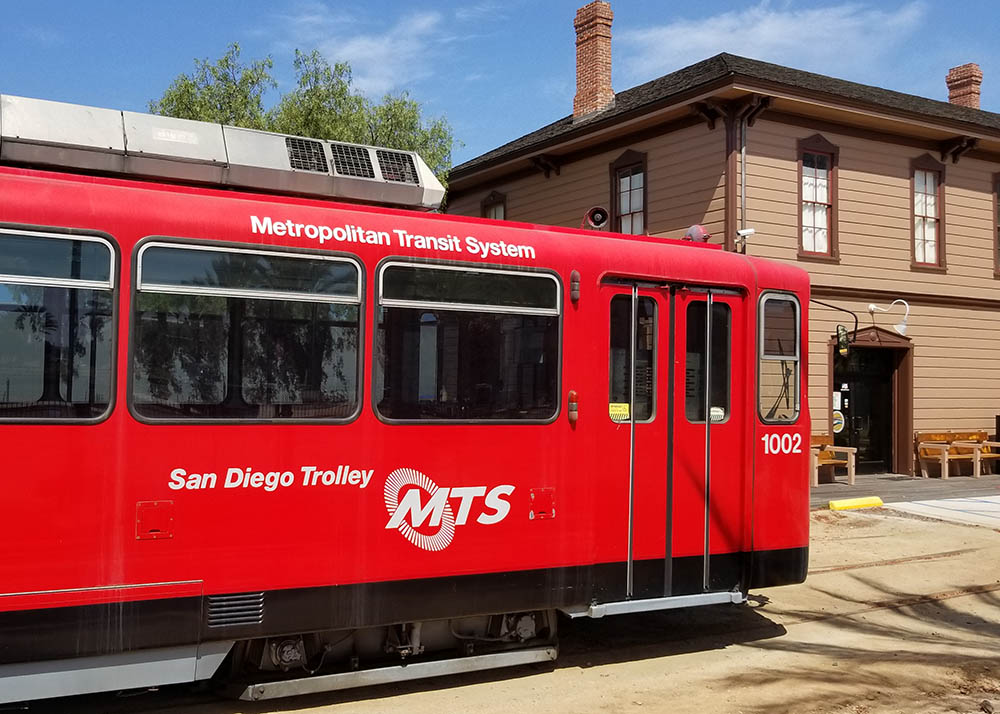 Recently retired from service, this was one of the first LRVs in the United States and proved that Light Rail was viable for other cities!

The National City Depot Museum continues to grow. With the addition of San Diego Trolley Car 1002, our collection now spans 1890 to 2015! To continue to grow, we need your help - both in the form of donations and volunteer work. The preservation of San Diego history covers so many areas but trains and streetcars seem to have a special place in our volunteers' hearts. Learning the story and being able to share it with others seems to make it so much more real!

Please visit our Donate! and Volunteer! pages and see where you can participate in our efforts and become a part of the preservation efforts here at the Depot!

The National City Depot Muesum is located just to the west of Interstate 5 south of the city of San Diego. Located at the end of the BNSF rail line and near the large Port facility, the commercial area hides this unique two-story station. The Museum is open Saturdays and Sundays from 10am to 4pm. The Depot is located at the corner of Bay Marina Drive and Marina Way in National City. Take Interstate 5 about 10 miles south of downtown San Diego, exit at Bay Marina Drive and go west 1 block and turn right on Cleveland Ave. Turn left one block later onto West 23rd St. The Depot is straight in at the end of the street.